We Will Dance When You Sing

We Will Dance When You Sing

-- for the episcopal ordination of Fernand Cheri, OFM

What must we
carry

Tell us
what
and how
and where
the circle will appear

to where his dream-song
led 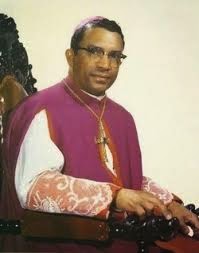 While this poem has its own integrity, one note is offered as background. Decades ago, the first Black Catholic Bishop of the 20th century, the Most Reverend Harold R. Perry, SVD, made a gift of his pectoral cross to then-Father Fernand J. Cheri, III -- with the blessing of "you will need this some day." 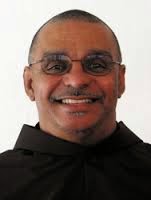 Bishop Perry was the ordaining prelate for my own ordination, May 27, 1972, in East St. Louis, Illinois. Bishop Cheri has been a constant support and collaborator of mine for many years, including his authorial contributions to Sweet, Sweet Spirit: Prayer Services from the Black Catholic Church. This man brings what is useful of our past into the present, in order to help us walk and sing and dance into our future --which is, of course, the foundational meaning of "Sankofa".

“Keep Your Lamps Trimmed and Burning”

Very specifically, this meditation is grounded in a time and place that seems a convergence of desires; frustrations and hesitations; anger and rage; and hope. As the country is drawn into commemorating the 50th anniversary of the Selma marches, the country is also forced into staring at the children who began marching in August of 2014, declaring with their bodies, their selves, that the death of Michael Brown made the stone before the tomb of silence and submission shatter and turn to dust.

So what does “Spring” possibly mean in a week when the United States Department of Justice declares that former Officer Darren Wilson will not be prosecuted for the murder of Michael Brown, in Ferguson, Missouri; and simultaneously declare that Darren Wilson was surrounded by a culture of policing that diminished Black lives and that trivialized and corrupted the very notion that the duty of all police and “public safety” officers is to “protect and serve the citizens of the community.”  The great “Constitutional Project” that Robert P. Moses has focused on for years deals with just who is covered (and not covered) by “We” in “We the People”.  Young people across continents, cultures; across racial, ethnic and gender identities have found solidarity in saying, first, “Black Lives Matter,” and then, inevitably, that “All Lives Matter.”

In this second week of March 2015, the Oklahoma University members of a chapter of a long-notorious fraternity [Sigma Alpha Epsilon], are discovered singing, “There’ll never be a nigger SAE…You can hang them from a tree, but they will never sign with me…there’ll never be a nigger SAE.” The fraternity is the largest in the U. S, with over 15, 000 members and was founded before the beginning of the Civil War.  Hearing the chant and the subsequent pseudo-apologies of the first two members of the fraternity to be expelled from Oklahoma University, I am confronting once again the enduring darkness that is the foundation of racism in America.

At the same time as the publicity attending this public display of the camaraderie of some of this country’s future leaders, there were also public displays of yet more gatherings to mourn the deaths of unarmed black men, killed by police. – all within a week of each other. One man, Anthony Hill, in DeKalb County, Georgia was not only unarmed but was also naked – obviously manifesting signs of severe mental disassociation.  Anthony Robinson, the unarmed teenager in Madison, Wisconsin, had been a concern to his family for a long time because of his issues with mental instability and behavioral disorders.  The third man, Naeschylus Vinzant, was shot in the chest, in Aurora, Colorado, while being handcuffed by police.

The apologies of the young men who got caught – and is this not the pattern for apologies in this society? “I am sorry, less for what I did, than for being caught at doing it" – these apologies are cushioned by the protestations, “But I am not a racist.”  [A modest suggestion: before any education professional, from pre-K to graduate school, is allowed to enter a classroom as an instructor, he or she must prove competence in explaining what racism, prejudice and bias are; how they are similar and how they are different.  That simple requirement should be part of the test of any national “core” curriculum.] Yes, young person; you are a racist. But so are the people who raised you, taught you, rewarded you – and supplied you with the liquor you consumed while under the legal age.  The light has captured you and you are discovered.

Besides Sigma Alpha Epsilon, there was another Civil War era “fraternity” formed at the same time; only this other fraternity was not formed in the South and its members did not fight for the Confederate cause. This second fraternity consisted of the men who became brothers as they formed one “colored regiment” after another and joined the fight on the Union side. Because they knew who they were, and what their goal of liberation could cost them, they too sang chants as a way of deepening their band of brotherhood.  One of the great songs they used, the night before a battle, is detailed in Army Life in a Black Regiment (1869), written by Colonel Thomas Wentworth Higginson, one of the officers of the Massachusetts 54th regiment.

Using music in the tradition of warriors preparing themselves, these Black men were clear in their understanding that if they did not prevail in battle, they would be slaughtered, since the Confederate Army had that as a policy; taking no “colored soldiers” as prisoners. So when they stood around a fire and sang, “Keep your lamps trimmed and burning,” they did much more than make a seemingly odd appropriation of the New Testament parable of the “Wise and Foolish Virgins.”  They were declaring that, indeed, in the darkest hour before their ultimate confrontation they must (as they sang elsewhere) “hold on the light, the beautiful light.” It was not merely a rhetorical device to exhort each other, "Children don't get weary until your work is done." Indeed.
https://www.youtube.com/watch?v=_BmFxRbLHuQ

When else do we more need light, but when we must confront the terrifying and terrible darkness that is without and within? And what greater lesson of culture could there be for all who are born, dwell or seek to live in this so-called “land of the free and home of the brave,” than to declare that no one can be free without a journey into the wilderness that is within the heart – the darkness for which so much collective effort is expended to keep shrouded in denial and falsification?  America has never needed a Joseph Conrad to teach itself that Jacob wrestles with the midnight angel at all times and everywhere. The singers of these songs, the freedom singers, have always been with us.

Every electronic device that has been employed to be the light that our young are keeping trimmed and burning is being used to shed light where the darkness of anonymity and denial and the transferring of blame have long ruled in this land. The victim can no longer be easily blamed. We have seen the bleeding, choking victims, splayed on the sidewalk of our cities. The threat of violence can no longer be waved as a flag of defense: not when the sufferers of post-traumatic stress (and what Black person in America is free of that condition?) are naked and stumbling toward their extinction.

The argument of false innocence -- “But I didn’t know” – has the simplest refutation. “If I have to know, you have to know.”  “If I am not exempt, you are not exempt.”  The toxic cloud of racism that corrupts the spirit of all who walk in our land is dark, indeed. But at this very specific moment in my life, I sing, “Nobody knows the trouble I see,” knowing full well that the warrior children, the men and women who have kept their eyes cast down far too long, are now holding up the light.

It is an exorcism long prayed for. Now, “everybody knows the trouble some of us have seen waking and in our nightmares."

Sooner than we may have thought, the burden is being transformed, here and there, more and more into a story that can bring power.

Walk together, Children, don’t you get weary. And please, keep your lamps trimmed and burning.

Even when the light shone in the darkness, and the darkness knew it not, it kept on shining.